Having Etruscan and Roman origins, the village was purchased by the Sienese in 1285 and surrounded by walls in 1351.

It still preserves its medieval character despite the town-planning schemes of the Fascist period.

The Romanesque collegiate church of Sant'Agata (11th century) built in travertine, is its most outstanding architectural feature. Adorned with decorative elements of the Lombard type and flanked by a 13th century campanile, it has an aisleless nave with a truss roff. Adjoining it is the Museo d'Arte Sacra where works by painters of the Sienese school of the 14th and 15th centuries are exhibited. The Museo archeologico contains finds from the excavation of a group of chamber tombs in the nearby cemetery of Poggio Pinci. In 1991 a museum devoted to the artist Amos Cassioli was founded. 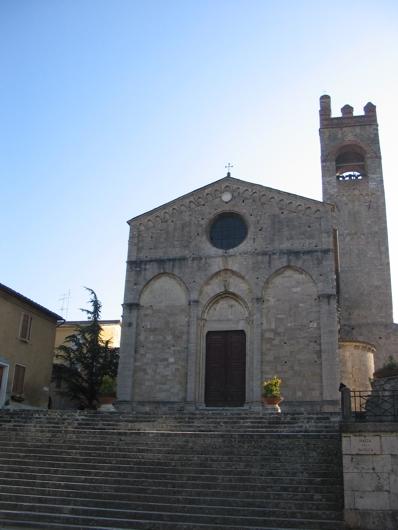 Pratical information:
In Asciano there is a supermarket and many little grocery stores. Market day on Saturday morning. Great cappuccino at bar

Hervè. Best restaurants: Amordivino and La Mencia which is also a pizzeria.